Augmented Reality (AR): What is it? 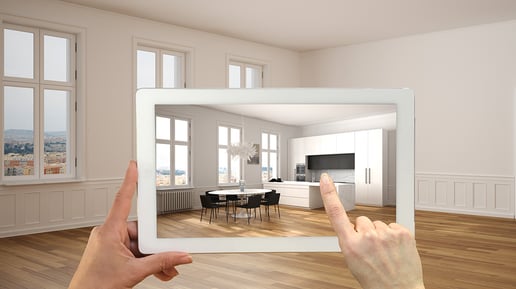 Chances are, you’ve already heard about augmented reality (AR). You may have even experienced it first-hand by now. But maybe you’re not entirely sure what it is exactly and that’s why you’ve ended up here, looking for more information.  You’ve come to the right place!

Let’s start with the basics. What exactly is AR?

In simple terms, AR allows the addition of digital elements into an actual, real-world environment. In other words, it lets you as a user experience the real world around you exactly as you do every day, but with digital elements added.

AR should not be confused with Virtual Reality (VR), which fully immerses the user within a virtual world—a world that can closely mimic reality or can entirely depart from it.

AR augments reality with visual elements such as images, animations and 3D models and sometimes auditory or somatosensory elements that are additive to the real-word environment, while VR on the other hand, entirely replaces reality with a fully simulated environment.

How does AR work?

First and foremost, AR requires the use of an input device that can be used to take cues or ‘inputs’ from the physical world. For example, the digital camera on a smart phone or tablet serves this purpose well, but other devices such as smart glasses or goggles are also used.

These devices invariably have the various sensors required for AR already built-in, including optical sensors, GPS, RFID and others. Sensors serve to collect data (inputs) about the user’s surroundings including visual cues, sound, location and other details.

Software applications interpret what is ‘seen’ or otherwise detected and execute functions based on collected data. For example, a camera can be used to identify objects and geometric planes (surfaces) within a given environment. AR programs use this data to determine where overlaid digital objects should be placed and how they should be oriented with regards to actual, physical surroundings.

Motion sensors are used to detect changing spatial orientation when an input device is moved. GPS can be used to determine location—and changes to location. The nature of the AR application itself determines which inputs will be necessary.

AR can be displayed on a variety of devices including computer screens, mobile phone screens and other handheld devices to name a few, as well as via see-through glasses or goggles which allow projected virtual elements to be layered on top of the user’s actual, real-world view.

An early-to-market AR example is the well-known ‘Pokémon GO’, an augmented reality game launched in 2015 that can be played on a mobile device. The game integrates virtual characters called Pokémon into a player’s actual physical environment, by using GPS data to trigger the appearance of Pokémon characters as a user explores actual, real-world locations.

The game offers a choice between a map-view and ‘AR mode’.  In map-view, characters simply appear against a rendered background.  However,  in AR mode, Pokémon characters are displayed as if they are part of the real-world, using the player’s mobile device camera.

Using a similar location-based approach, the interactive game application, WallaMe allows users to hide AR messages virtually anywhere that can be ‘discovered’ by other users coming across locations where messages have been hidden.

But gaming isn’t the only application for AR!  New AR-based tools are being launched at a rapid pace by retailers, manufacturers, marketers, and others to enhance the e-commerce shopping experience, engage customers, and improve sales and service by helping customers better visualize and select products—before they buy.

The home furnishings category is just one example of a space where AR has taken hold, with a proliferation of new apps that allow customers to virtually view furnishings in their own homes prior to making a purchase. Wayfair’s Room Planner 3D, Ikea’s Ikea Place, and Houzz’s View in my Room 3D to name just a few, are already revolutionizing the way we shop for furniture today.

Other early-adopters paving the way with creative new AR solutions include Sephora, which has recently launched an AR app that allows shoppers to virtually ‘try on’ make-up, Warby-Parker and Zenni Optical which have both launched apps that let customers virtually ‘try on’ eye-glasses, and Magnolia Restaurant which introduced a catering menu that let's their customers view their cakes, on their own serving table, before placing an order.

As you can see, the only limit to how AR can be used is your own imagination!  The potential uses for AR technology already identified are just the tip of the iceberg, with some predicting the market will grow to over $18 billion U.S. dollars by 2023 .