What is Virtual Reality (VR)? 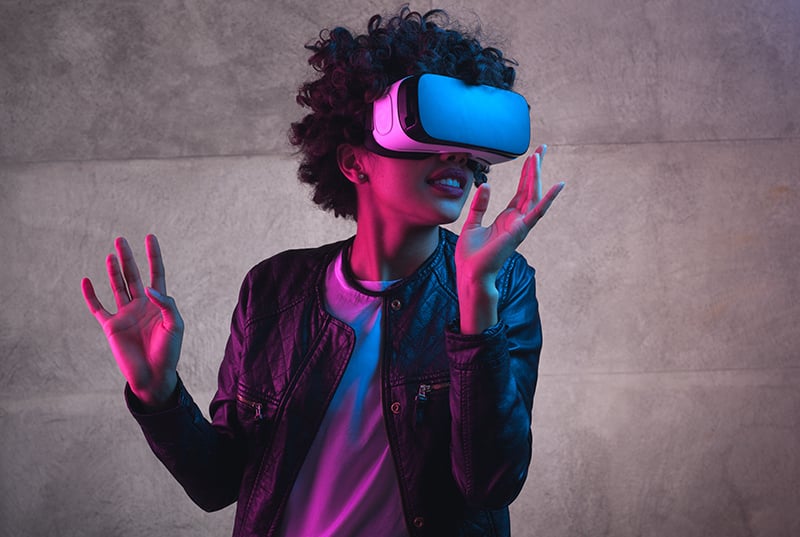 Back in 1982, many caught their first glimpse of virtual reality in the form of science fiction adventure movie, TRON, in which the movie’s hero is ‘digitized’ and transported to the inside of a mainframe computer. Once inside this imaginative digital world, our hero defends himself against cyber foes as he battles the evil 'Master Control Program'.

The complete immersion of the movie’s main character within a three dimensional, computer generated virtual world precisely defines the concept of virtual reality.

Virtual reality has come a long way since this debut as part of a sci-fi movie plot, but the concept remains unchanged.

So What Exactly Is Virtual Reality?

In simple terms, VR uses computer technology to create a three-dimensional digital environment, which fully immerses the user within a virtual world—a world that can closely replicate reality or can wholly depart from it.

Virtual reality should not be confused with augmented reality (AR), which allows the user to experience the actual real-world environment, but with digital elements added.

AR augments reality with the addition of visual elements such as images, animations and 3D models and sometimes auditory or somatosensory elements that are additive to the real-word environment, while VR on the other hand, entirely replaces reality with a fully simulated environment.

A person experiences VR in the same way they experience actual reality to the extent that they are fully surrounded by the virtual environment and can interact with that environment in ways that mimic real-world experiences.

So how does it work? For a truly immersive experience, all your senses need to receive well-synchronized, simulated sensory inputs. Sight, sound, touch—and even smell—all contribute to our perception of reality.

That said, while there is growing traction in increasing somatosensory experiences, today’s virtual reality experiences most often focus on audio, haptic/touch, and visual components.

So what does it take to immerse the user in a virtual world? While the technology itself is complex, in simple terms there are just a few requirements necessary for supporting the fundamental features of VR:

A necessity for any virtual reality application is computer hardware of some sort, such as a PC, smart phone or other mobile device along with a VR software application. Computers process VR input data to support responsive, meaningful outputs to your VR device while a software program manages both input and output data (I/O data) to ensure rapid, realistic responses.

For example, if you’re wearing a VR headset and you look to the left, this data is transmitted to your VR program. It tells the system you are looking to the left. That’s the input. The system takes that information and sends back a response (the output) to display a realistic rendered view that corresponds with the direction you are looking.

The response time between the movement of your head to the left and what is displayed has to be near immediate—or the effect will not be realistic.

Input devices help users navigate and interact with VR environments. Just a few examples include motion trackers, joysticks, track pads, sensing gloves, device control buttons, haptic feedback systems, treadmills and even full body suits. These devices collect data about a user’s movements and position—from the turn of a head, to the wave of a hand, to the slightest movement of a user’s eyes. All of the information collected by these devices becomes the input data for the computer system. 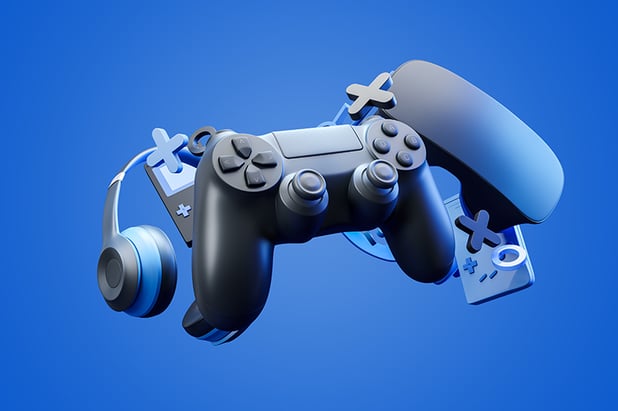 Typically a head-mounted display or headset (the output device) is used to display VR Content, with a complete 360-surround effect that supports a three-dimensional experience. Examples include Oculus, HTC Vive, Sony PlayStation VR and the OIVO VR headset for Nintendo Switch as well as simple devices such as Google Cardboard.

Though not as practical for the general public, CAVE (Cave Automatic Virtual Environment) projection systems also provide an effective VR experience. CAVE systems call for a dedicated four-wall room with flat panel or rear-projection screens installed on each wall. At times, screens are also installed on the floor and ceiling. Once inside the CAVE, a user wearing specialty 3-D glasses can view realistic 3-D objects, walk fully around these objects, and inspect them from all sides.

Generating realistic audio effects requires the production of immersive sound that aligns with what the user sees and experiences. This entails the simulation of sound that takes the spatial orientation of the user into account and ‘places’ the source of sounds where they would naturally occur—while all the while adjusting for distance from the user, the user’s movements, the passage of time, and other factors.

3D audio (also known as ‘spatial audio’ and ‘360 audio’) refers to the technology that performs this magic. Using a technique called head-related transfer functions (HRTF), sound waves are transformed in such a way that the user experiences sounds from all directions despite the fact sound typically comes from just two speakers or a set of headphones.

Both Halo Media Works and Halo Renders are based out of Cleveland, Ohio and work hand in hand on projects, allowing us to serve all your AR/VR 3D content needs.